Do you realize that everything you built is one-click away from being destroyed? 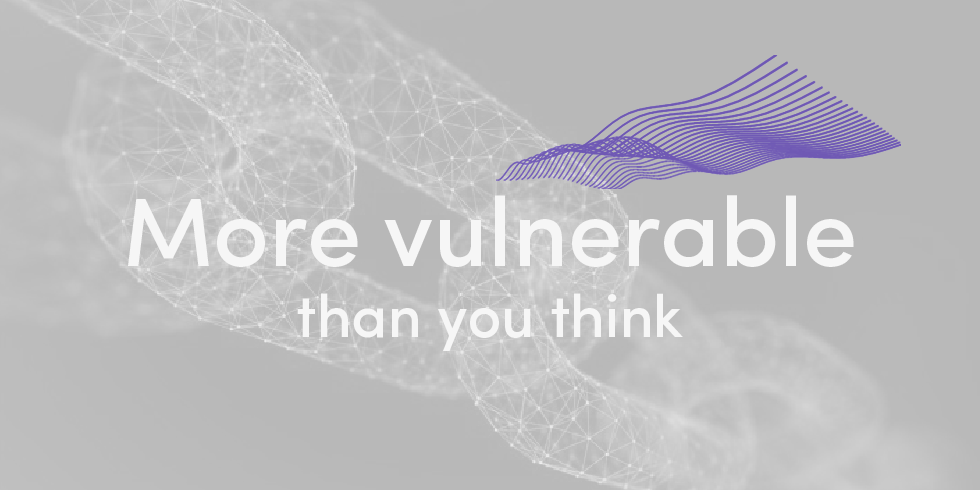 Do you realize that everything you built is one-click away from being destroyed?

No matter the size of your business, you are now a target. Cyber-terrorists have found their hobbyhorse and it is called: Ransomware.

With the mention of some attacks in the news, you should be aware that this is no longer a pipe dream but a very real risk. And what you see on the news is just the tip of the iceberg as it represents less than one percent of cases.

According to the CPA Order, in 2017, one in five businesses in Canada suffered a security breach. Imagine what the numbers could be in 2021, following the past two years of turbulence.

So, you think you are safe behind your firewall?

Long before the pandemic, architects were already saying that the “perimeter” model had to be reviewed. It was no longer true that if the stations were all behind a corporate firewall, they were safe. Data had to learn self-defense.

So when the lockdown forced IT departments to allow remote access to those same systems and data, the perimeter paradigm had weathered its first storm.

And whoever says storm, says pirates.

With every social instability, we can see an increase in attacks. The pandemic was no exception and returning to the office could be another opportunity as well.

But what do you mean “one-click away from being destroyed”?

Here are some things that can happen:

Note that 95% of malware is distributed via email. Of all the SMEs that were the victim of a cyberattack, 60% went out of business within six months of the incident.

You understand that you are probably more vulnerable than you think.

It is not just the business community that has had to reinvent itself during the pandemic! Cyber terrorists had adopted telecommuting long before the pandemic. The latter only accelerated some of their projects.

What we know about these cyber terrorists:

It is therefore now possible for a young inexperienced cybercriminal to deploy attacks beyond his knowledge, simply on the promise of profit sharing.

State support for some of these criminal groups

To better understand the situation, there are some sources that you may find helpful:

If you are using Microsoft 365, link your logs to the security center and set up Azure Sentinel. You will get a lot of metrics and clues to improve your situation.

How can I protect myself?

We recommend a multiple vector approach.

Disbelievers always think that “It only happens to others“

Becoming a father at the age of 15 quickly made me leave the clan of unbelievers. I can assure you that major events with big impacts don’t just happen to others. I have even witnessed attacks targeting irrelevant targets

You should know that the main factor that ensures the profitability of these attacks is the volume.

According to the FBI, and in the United States alone in 2017, there was a computer attack every 40 seconds, and ransomware payments approached $ 1 billion. According to the same study, the business losses caused by these attacks exceeded $ 5 billion (Data Privacy Group report, June 28, 2021).

Extrapolate with all the upheavals of the past two years, today’s numbers easily must have doubled.

Do you think this is alarmist?

Let’s assume that a failure caused by a cyber attack in your company stops your activities for 45 days:

As you can see, the costs are exploding rapidly.

Start by making your teams aware, then carry out an external analysis of your current situation, then apply the measures proposed following this analysis.