Why should companies adapt to a new management model? 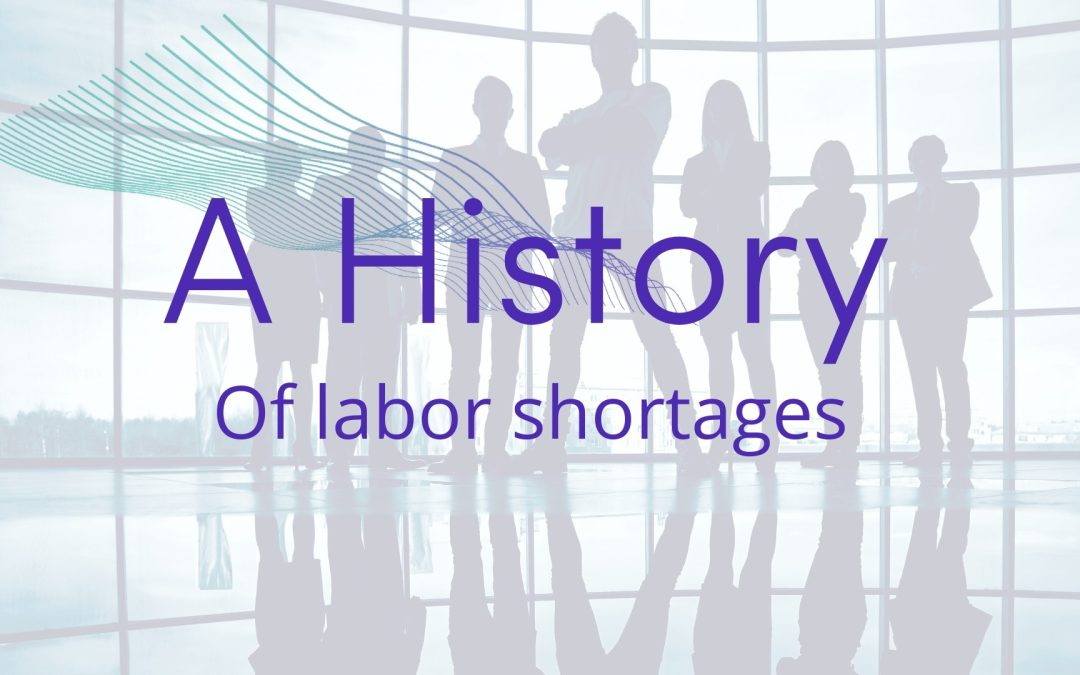 Why should companies adapt to a new management model?
Businesses are going through a period of change and questioning. Indeed, the pandemic and the shortage of labor have been worrying factors. We are now at a crossroads between the ways of doing things of yesterday and those of tomorrow. The traditional management and entrepreneurship model no longer seems to hold up against current circumstances and trends.

In fact, over the past few years, we have seen a gradual change in the way citizens work, on a large scale. Thanks to the technological advances of the last ten years, more and more workers have preferred to work remotely or simply on their own. Whether for environmental, circumstantial, economic, or even taste reasons, entrepreneurship and the solo-preneur have quite simply taken an important place in the labor market in Quebec.

What began as a movement among workers became unavoidable for employers in March 2020. Indeed, the famous Covid-19 arrived at our doorstep, forcing companies to adapt to harsh realities and adopt telecommuting. In other words, the pandemic has completely changed the circumstances.

However, while some are considering a return to normal working standards once the health crisis is over, others note that the trend is here to stay.

Why? Why should organizations adhere to a virtual way of working and gradually abandon the traditional model?

Before answering it a little more in-depth, let us first define this model which is described as traditional, hybrid, and virtual.

From traditional to modern

The traditional management model consists first and foremost of strict supervision that complies with the usual standards, including:

The hybrid model is the meeting of traditional and virtual work:

For its part, teleworking consists of a way of working:

Of course, virtual work does not apply to all areas of the market. This mainly affects administrative, creative, and IT professions.

The IT sector is undoubtedly one of the first to have plunged into this virtual model, which started mainly in 2014. First, because they have the tools and the knowledge necessary to make this transition, but also thanks to an increasingly growing demand, and this internationally. Indeed, these experts have the luxury of choosing where, when and for whom they wish to work.

On the business side, more and more of them are opting for IT workers located abroad for various reasons, including expertise, needs, money and not to mention, a certain shortage of manpower…

A history of labor shortages

Now that the health crisis is gradually coming to an end, another obstacle has appeared, that of the labor shortage. Indeed, more and more companies are having difficulty recruiting staff in almost all areas. Some initially blamed the CERB, or the CRB, implying that people no longer want to work. However, at present, a minority of individuals would have access to this benefit. Even the unemployment rate is at its lowest. Not to mention that inflation has just reached records not seen since the 1980s.

So how can this lack of personnel be explained?

There are several factors:

These factors suggest that the problem is much deeper than simple laziness on the part of citizens. Research on the subject suggests that only 54% of positions will be filled after the departure of baby boomers from the labor market. To remedy this, Quebec intends to increase its annual immigration rate and will allow companies in certain fields to hire more immigrants, up to 10% of their staff.

However, on the business side, the demand and the need are urgent, especially since pre-pandemic the rhythm of life is quickly resuming. They must therefore turn to alternative solutions, trying to recruit different types of workers. Like our expatriates for example…

Nowadays, everything is computerized. Every business or society, regardless of the field, requires and uses, to one degree or another, technological tools for the functioning and prosperity of the organism. During the pandemic, this technology has allowed us to stay connected and productive. At first, for many of us, telework was perceived as a culture shock, but it quickly turned into a real work model, which is now actively sought after.

Indeed, this formula allows workers to perform their tasks in the environment of their choice. Like in another country, at the edge of the water, under the sun for example. These are called “digital nomads”. A business phenomenon that depends entirely on technology and which is gaining more and more momentum. In the United States, we note that 42% of these workers are millennials. And according to the experts, this seems to be only the beginning, since the following generations will have grown up in this digital universe.

Telecommuting has often been perceived as a way of working for the lazy, mainly exercised by a young generation in search of freedom and fun. In other words, individuals who do not want to contribute to the prosperity of society. However, according to Statistics Canada, the reality is quite the opposite. According to their data, published in April 2021, 90% of employees who have switched to the sphere of teleworking believe that they are at least as productive as when they were working face-to-face. In addition, 32% of them find that they have been even more efficient and more effective at home than in their usual workplace.

These statistics reveal a lot about the nature of this working model and certainly put things in perspective. 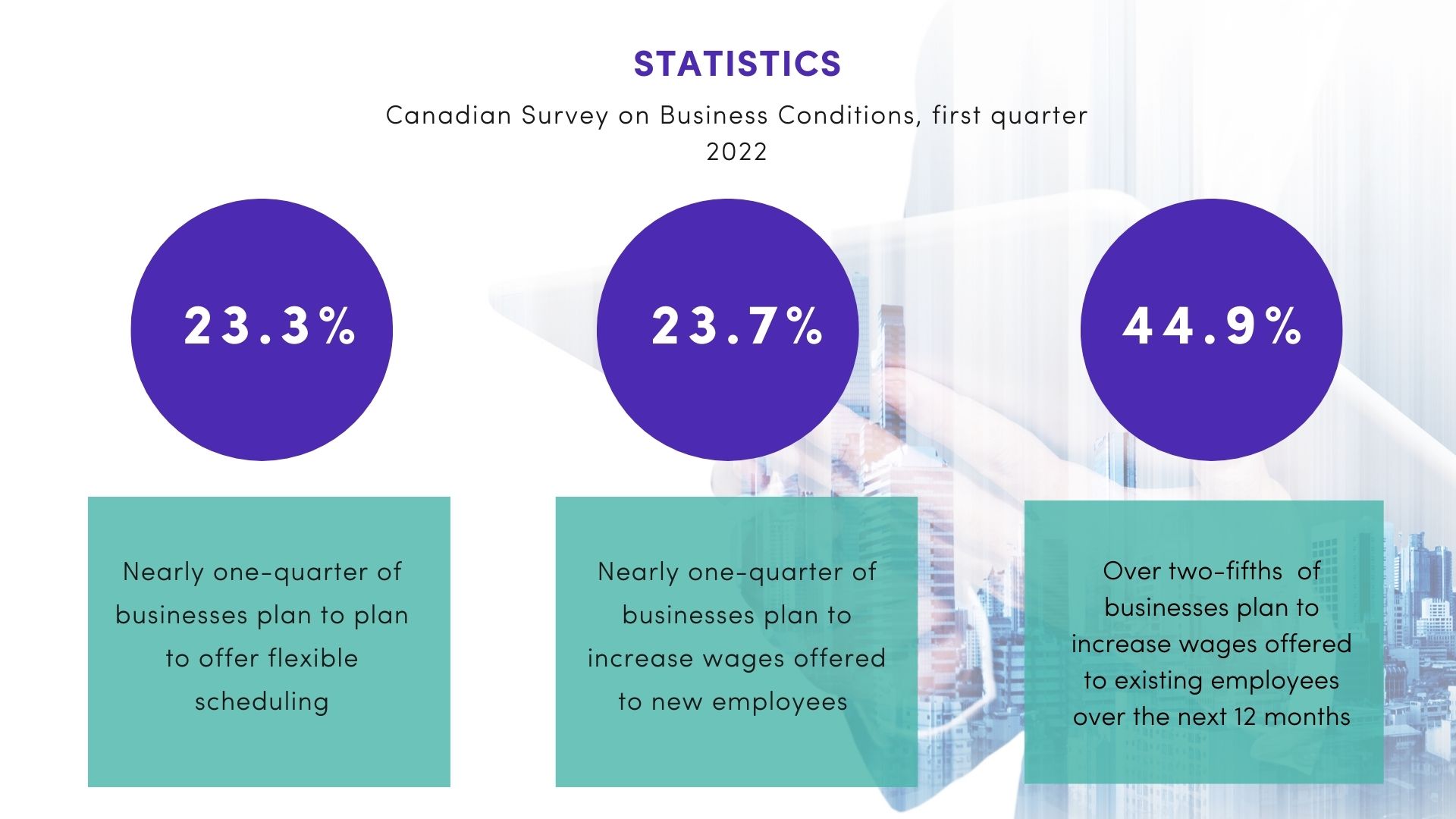 To recruit more, companies will need to adapt to this new way of working as digital working is only expanding and gaining in popularity. So, we strongly encourage employers to broaden their horizons when it comes to working. They will have to turn to a new kind of employee, for example:

Attract them with roles and working conditions that resonate with their ambitions. Promote alternative ways of working to the traditional model. For example, you can:

First, let us define what employer branding is:

Your employer brand is the image of your human resources activities in their best light, from an external point of view.

Indeed, these influence your reputation with potential candidates. Moreover, the main objective of these activities is to position you as an employer of choice to attract and retain new talent.

According to some sources, here are some examples to project an authentic brand image, focused on human talent and their well-being.

According to Skeeled and Stratégie Marketing RH, your activities should focus on these aspects:

A well-designed brand image can prove beneficial for attracting and retaining new talent. You should therefore not neglect the impact of your reputation in terms of recruitment, candidates are now spoiled for choice, make them want to work for you.

In conclusion, you now understand why it has become imperative for companies to adapt to change and explore new ways of doing things. Whether at the level of the work management model, current employees, or talent recruitment, the internal and external culture must be able to reflect a transparent, authentic, and modern brand image. By making these changes, you maximize your chances of overcoming current obstacles, such as labor shortages. By offering your employees a culture and coveted working conditions, such as telecommuting, you optimize your employer’s brand image with potential candidates.

Read more articles : Can we keep our employees with an it modernization-project?